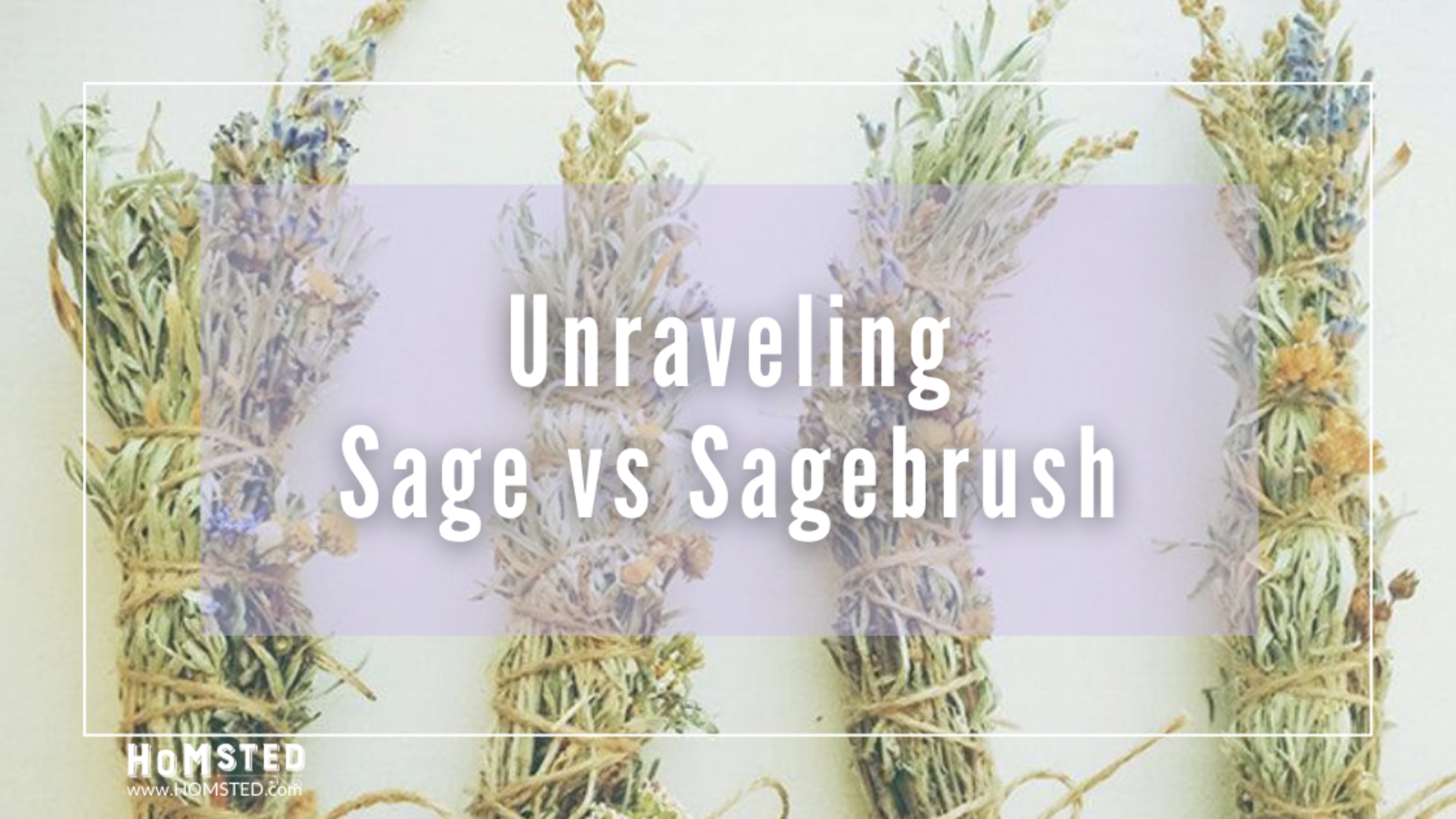 (1) true sages of the Salvia genus

(2) sagebrush of the Artemisia genus

Part of the confusion stems from the similarity in both name and historical use.  Both groups of plants are commonly used for smudging, an ancient practice that is now being validated by modern science as a way to cleanse and purify spaces of bacteria and other pathogens.

The first group of plants is considered the real “sage” by herbalists. This group of plants belongs to the family of plants called Laminacea (or known as the mint family) and the genus of Salvia. These plants have square stems, opposite leaves and two lipped flowers.  Members of the sage family include: 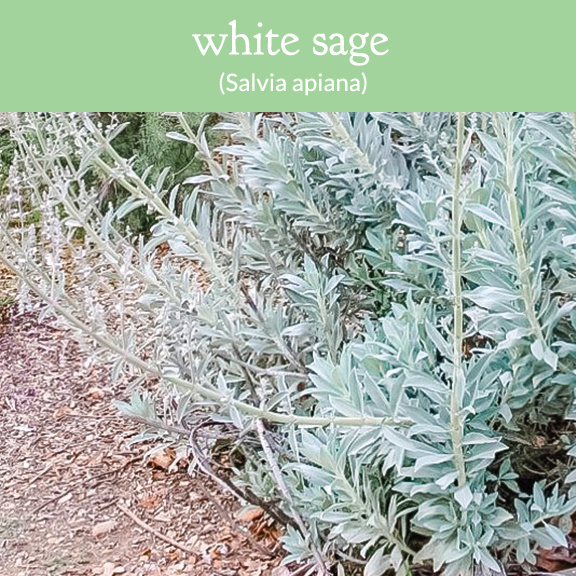 (Other names: California Sage, Grandfather sage, Bee Sage, Sacred Sage)- White Sage grows in a bush clump, wild across the American Southwest. Most of the White Sage on the market comes from California. The plant has been gathered for thousands of years by Native Americans, particularly the Chumash. It is known as a sacred plant—and is used in food, medicine and smudging (smudging is mostly how it is used today).  When smudging white sage is used to deep cleanse a space of negative energy.

Note: for more information on the near extinction of white sage please click here 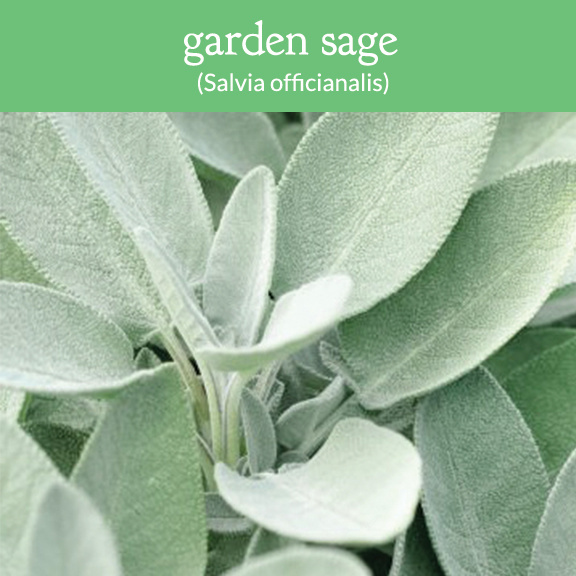 (Other names: Common Sage, Green Sage, or Kitchen Sage, cooking sage, Dalmatian sage)- Common Sage is a close relative of White Sage. Common Sage originates in Europe, and has a long history for its medicinal benefits and used as a culinary herb.  As herbalists we use it to soothe sore throats and rebuild stamina during a long term illness.  It is also beneficial for hot flashes during menopause. 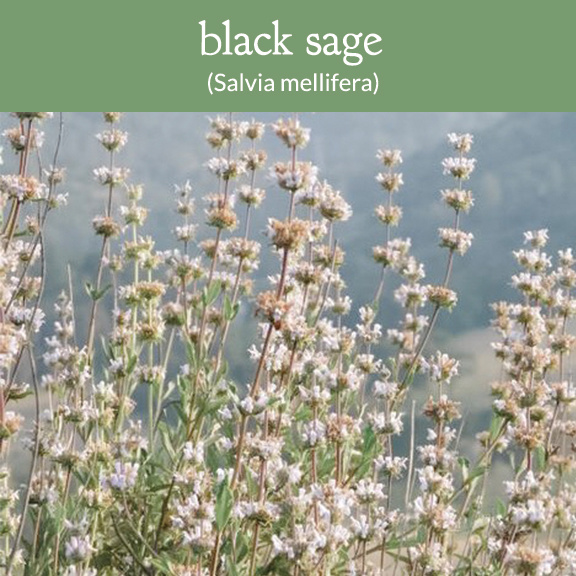 (Other name: honey sage) - This California coastal sage eventually becomes a dark color (especially in drought), which occurs after it blooms when stems and the flowers harden and turn black. Mostly used for smudging black sage is used to encourage visions and vivid dreams. 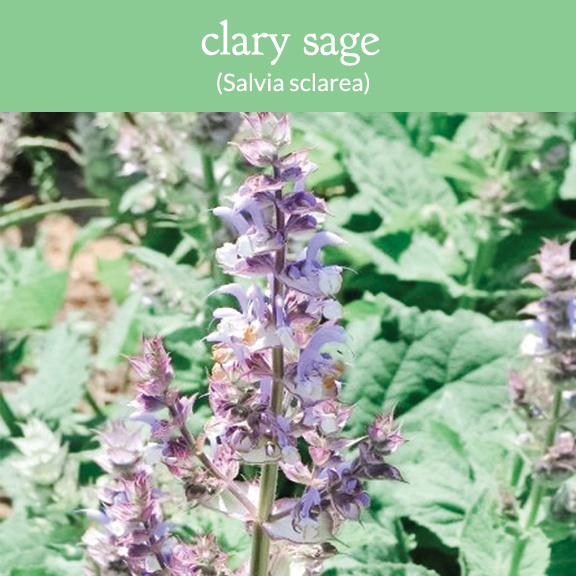 (Other names: Clary, Europe Sage) Mostly this plant is used as an essential oil.  Long considered a "female's oil", clary sage is calming on the body and mind, and supports emotional and feminine functions. 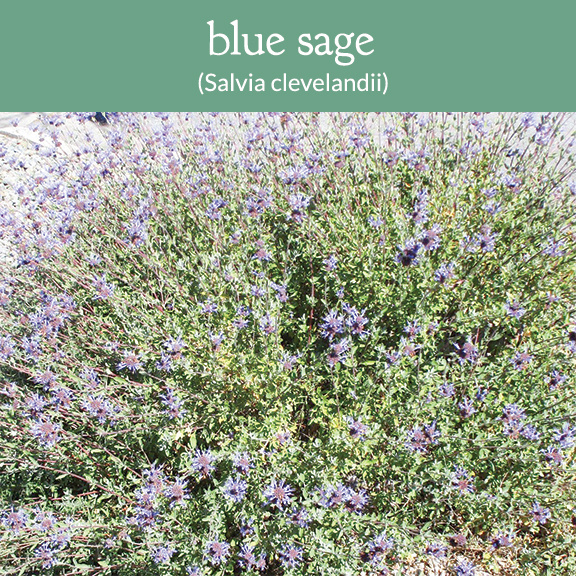 (Other names: New Mexico Sage, Desert Sage, Grandmother Sage). Blue Sage is a bush found in the deserts of the Southwest. It’s named after it’s blue flowers, but the leaves also have a blue-ish tint. A close relative of White Sage, Blue Sage is also good for healing and cleansing rituals.  It has a soothing and relaxing smell that is burned as a smudge. When smudging it is used to welcome money, wealth, health, healing and is cooling.

Note: Sagebrush Artemisia tridentata, also can go by the name "Blue Sage," but is not a member of the Salvia genus. 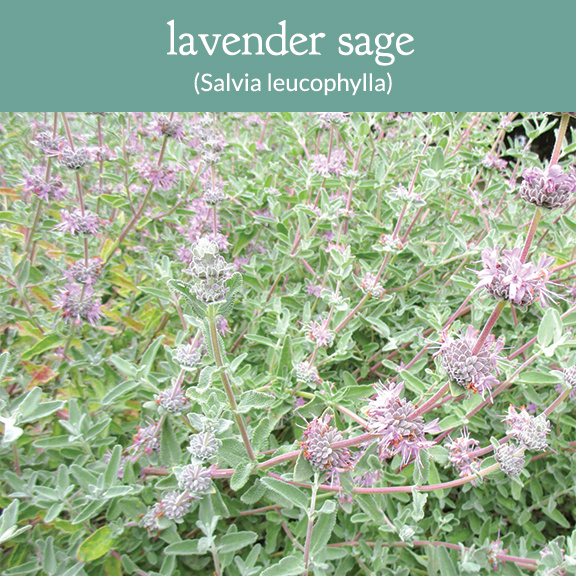 (Other names: Gray Sage, Purple Sage, Wild Lavender). Lavender Sage is another sun-loving plant that grows in southern coastal California. Unrelated to the flower Lavender (Lavandula angustifolia). However, it resembles Lavender (when in bloom) and has a similar flowery fragrance. Similar to Lavender, Lavender Sage is known for its calming, and relaxing effects.

The second group is in the genus of Artemisia and the family of Asteraceae.  They are a group of plants called sagebrush and grow throughout the world. There are about 300 different types of Artemisias.  These plants have woody stems and are bushes (shrubs) with often irregularly shaped leaves.  Member include: 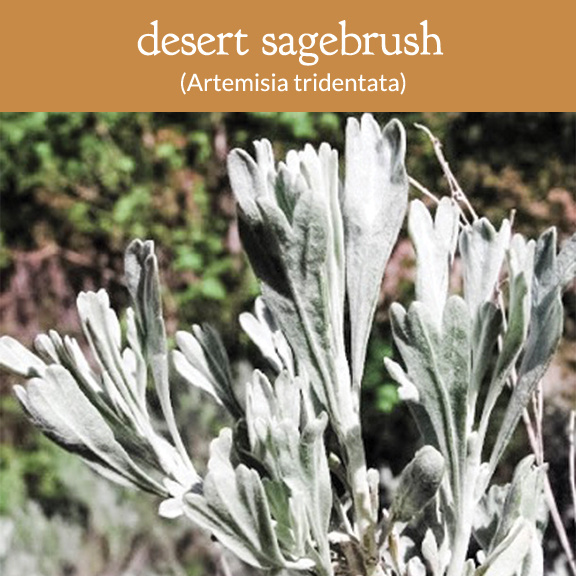 (Other names: Sagebrush, Desert sage,  Desert sagebrush, Desert magic, Mountain sage, Grey sage, New Mexico sage, Sagebrush smudge, Big sage, Great Basin sagebrush).  This aromatic shrub thrives in drier areas of the mountainous West. It has skinny, branched leaves with three lobes. This plant has a warm herbaceous aroma that it slightly peppery. It is used as a smudge for cleansing and purifying, protection, and inner strength. It is said to bring pleasant thoughts and relieve headaches and anxiety.  This plant is used interchangeably with Artemisia californica. 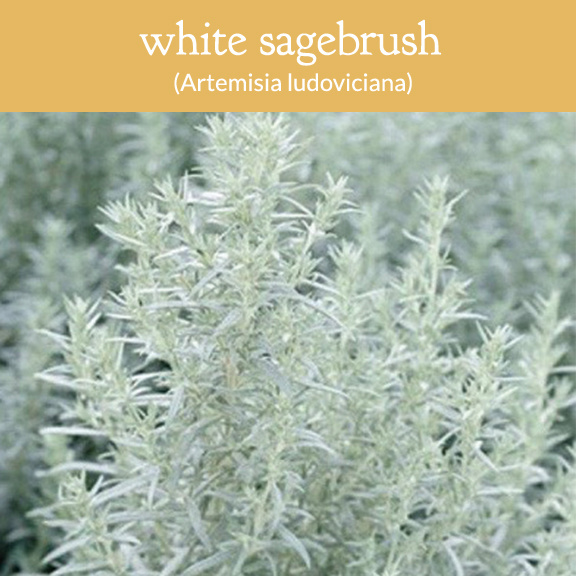 (Other names: Dakota sage, Man sage, Grandfather sage, Badlands Sage, Silver wormwood, Old man sage, Silver king, Western mugwort) Another Artemisia smudge, this one grows all over the badlands of South Dakota and out west and down south to Louisiana. The aroma and appearance of Dakota Sage is very similar to that of Desert Sage (Artemisia tridentada). However, the fragrance is usually less intense. 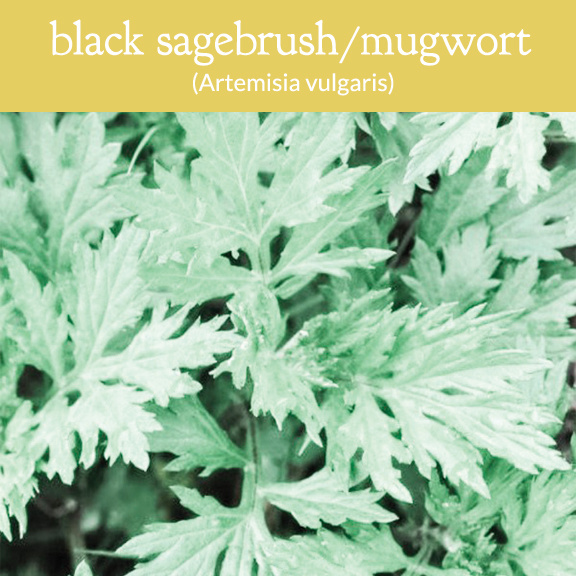 What is your favorite “sage or sagebrush”? Let us know in the comments below!

Disclaimer: This information is intended only as a general reference for further exploration, and is not a replacement for professional health advice. This content does not provide dosage information, format recommendations, toxicity levels, or possible interactions with prescription drugs. Accordingly, this information should be used only under the direct supervision of a qualified health practitioner. Reliance on any information provided by this article is solely at your own risk. And, of course, never eat a wild plant without first checking with a local expert.

l
lisa
i like all of them and i am finding that we have several different types and varieties growing wild on some property that we have.
c
Chrissy Lee-Manes
Hi Maureen! The Grand Canyon is such a miraculous place to visit! There are many Artemisia plants growing in the desert and canyon west including A. californica, A. douglasiana, A. frigida, A. tridentata, A. ludoviciana and A. vulgaris. The two most popular in the Grand Canyon I believe are the A. tridentata, A. ludoviciana. My guess without seeing the plant myself, is it might be either one of those.
c
Chrissy Lee-Manes
Hi Jessica! Thanks for reaching out. The Silver sagebrush (Artemisia cana) I believe readily hybridizes with many other artemisia plants including Artemisia tridentata listed above, so people tend to use it interchangeably with the desert sagebrush.
m
Maureen
I was recently at the Grand Canyon and there was a large sage bush that was different from kitchen sage. With green seeds. The smell was more floral? I’d be interested in what type you think this was.
j
Jessica
I have a lot of silver sagebrush growing around where I live. I believe they're artemisia cana? Are there any particular benefits from this type?
c
Chrissy
Hi Nancy! We are unfamiliar with ghost bush. We know of a couple plants called ghost plant Monotropa uniflora and Graptopetalum paraguayense but are very different from the Artemisia's and Salvia's. Do you happen to have the latin name of the plant you are referring to?
n
Nancy Lee Hamilton
Is Ghost Bush and Sage Bush the same?
c
Chrissy Lee-Manes
We are glad you liked our blog!
c
Christie
I enjoyed this article. I’ve been looking for a woody NON mint/medicine smelling sage.
c
Chrissy Lee-Manes
Thanks Bonnie! Glad you liked it!
j
John
Sagebrush is my favorite for purification and protective smudges. It has a pleasant long lasting aroma indoors that doesn't bother the neghbors.
b
Bonnie R Daniels
Well, I learned something today. I try to learn something new every day! This was very informative on
the different sages. Thanks for sharing. So love Homsted!
e
Emily Noble
Oddly enough was just thinking about this topic yesterday. Thank you for the wildly insightful article!

Sign up for our newsletter and get the latest updates, news and product offers via email 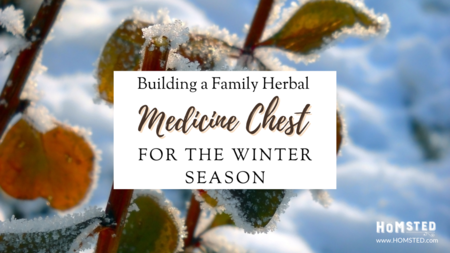 Building a Family Herbal Medicine Chest For the Winter Season

Want some herbal allies to help protect you and your family against the aliments that come along with the winter season? In this blog you will learn about teas, tinctures, essential oils and recipes ... 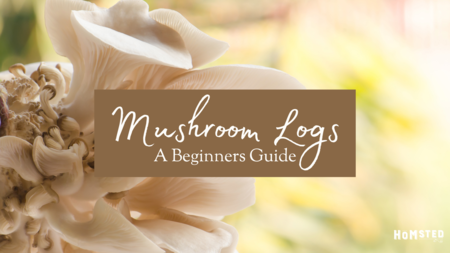 Pre-spawned mushroom logs are the easiest way to grow mushrooms in your own garden or yard.  We have included these easy instructions so you can enjoy years of production.... 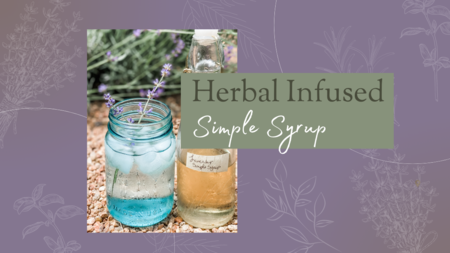 Some of my favorite things to do in the summer are foraging and hosting gatherings. So why not blend the two? Check out this blog for recipes, parings and simple deliciousness. ...